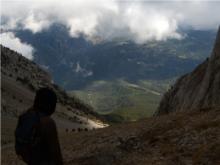 Bachelor in Fine Arts specialisation in Sculpture and New Media (UPV). Artist, independent researcher and programmer working in the field of algorithmic poetics and the study of generative and chaotic systems applied to artistic contexts in different formats: sound art, installations, performance and radioart. Martin is also behind MetaminaFNR, a streaming platform, and editor of the magazine UrsonateFanzine about aural culture and experimental music. He has conducted numerous workshops on creative and open source tools (FLOSS) and generative systems and computer music. Among other awards, in 2011 he received the Phonos Foundation grant for his project {RdEs} Sonic Emergency Distributed Network, a Sound-Light Installation, developed at Hangar's interaction lab, in 2013 he received the VIDA 14.0 prize to develop SXK Turing Test together with the collective Quimera Rosa. As a resident artist he has been in Nuvem station of art and technology in Brazil, Plataforma0 in LABoral, Gijón, in Niakaza Space / Sud Sud in South-Africa, in CENC, Belgium and in Kibla in Maribor, Slovenia. 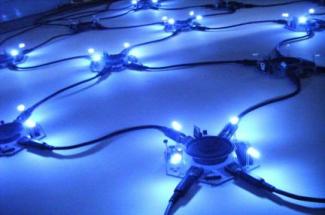 Oscar Martin
Project where cellulars automata generate very simple sounds which they receive and send in a basic way to reach chaotic and balanced states according to collective behaviours.
read more